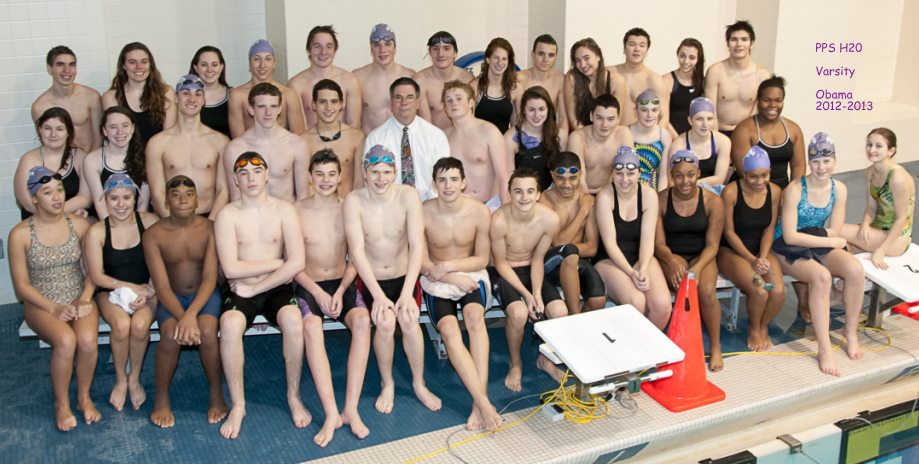 I am Mark Rauterkus, Mark@Rauterkus.com, of Pittsburgh’s South Side. I coach for the district and was on the PPS Athletic Reform Task Force, inactive for more than five years. My sons graduated from PPS and are in college.

I speak at public hearings and attend many community and government meetings around town often, generally as an advocate for system-wide issues. Today, is different. I have a specific request for the superintendent and/or school board members. This request does benefit dozens, if not hundreds, of students in the future. River of support with or without obstructions

I’m here because the chain-of-command from school athletic director, principal and district athletic office are not inclined to make these changes themselves. The mechanism for making changes to our athletic landscape from within the system are still absent. Furthermore, the desire to reconvene district-wide athletic reform is absent among certain key employees. Perhaps sports reform and an evolution of opportunities is going to change in the months to come with the new board and superintendent. Time will tell. I have high hopes.

I do receive a “river of support” from various people within PPS. Sadly, significant, often predictable and inexplicable obstructions appear. We’ve learned how to navigate around a few of them in the last decade. But, in my view, we still have oceans full of challenges regarding after-school, sports, wellness and the issues that revolve around the leading of quality programs for our students. Presently, I’m coaching Swim & Water Polo to 100+ city-kids, both boys and girls, generally in co-ed settings. Most of these kids are in the middle-school grades. More than 25 Obama middle school water polo players were gearing up for games in the fall of 2016. Here we are at the pool at the Kingsley Center for an intra-squad game.

We had 50 students in Swim & Water Polo at Pittsburgh Public Schools’ Summer Dreamers Academy in 2016. Sadly we got stuck at Carmalt without a pool and needed to take bus rides every day to Brashear High School. We have successfully coached 200 Summer Dreamers in 2015, (and nearly that many in prior summers). We should be trending to serve more than 500 kids every summer at Swim & Water Polo within Summer Dreamers, in my humble opinion.

Another 90 kids, grades 1 to 9, played Swim & Water Polo as part of their summer camp experience thanks to the support of The Pittsburgh Project on Pittsburgh’s Northside.

My coaching is a labor of love for very little money that reaches lots of kids for many days. We are teaching kids how to swim and then we pull out the water disks and balls and build teams and push them into experiences as aquatic athletes.

Plenty of this occurs with volunteer efforts, but some funding considerations are necessary. This year a $2,500 discrepancy surfaced with the Summer Dreamers contract because PPS staff shortages necessitated my hire of additional coaches. That’s a sizable chunk of money in this endeavor. This is an issue for another day, sorta.

This fall, I’m at five different pools, off and on, and I’m only talking about OUT OF SCHOOL TIME, not in-school Physical Education. Pittsburgh Public Schools owns and operates 14 indoor swim pools. These pools, public assets, sit idle often, especially after-school days, in the evenings, at nights, on weekends, throughout holidays and in the summers. I think only two of the 14 pools were used in very limited hours on some days this summer. My calculations claim that the capacity for training swimmers, in these outside-the-school-day opportunities should reach more than 6,000 individuals every year. We might engage 600 now. Water polo ball at side of pool, in the shallow end. We often play “bottom friendly water polo” with kids who are just learning how to swim.

The investments to build these pools has been made. We own them. We manage them. We have closed a few of them in recent years, such as Reizenstein, Schenley, Prospect, South, Knoxville, Gladstone. But the point to stress with these school pools is that they are cement and tile structures filled with water, and the water in those swim pools does not wear out. In my biased opinion, these swim pools are nearly indestructible, and as classrooms, the swim pools are the best learning laboratories our kids might ever encounter when it comes to teaching them lessons of personal and group excellence.

In the fall of 2016, there was ONE student on the Obama golf team.

In the fall of 2016 and 2015, NONE of the Obama golfers even went to the city championships.

I was Obama’s Golf Coach Past Obama Golf Team with Coach Rauterkus at steps of school. Bus in the background, because we had to bus to practices and matches. Golfers from various teams meet at a course Older photo: District 8, Golf Championships Finalist with city golfers except Allderdice, a team that played in the WPIAL that year. Golfers at The Bob O’Connor Course

I’m asking for the PPS Board and Superintendent to PULL the plug on Varsity GOLF at Obama and redirect the sports budget for golf to water polo at Obama. Both golf and water polo are fall sports.

Replace the golf team (and its one athlete) with water polo and gain 20 to 60 kids on teams next year. We’ll have boys and girls water polo teams at the varsity, junior varsity and middle school levels.

More than 20 middle school students, mostly girls, at Obama Academy, played water polo in the fall of 2016. The 2016-17 middle school swim teams grew in participation, in part, due to water polo too. Some of the water polo players and competitive swimmers were former players in Swim & Water Polo as part of Summer Dreamers. Well, … we should have had middle-school water polo games in the fall of 2016, but the pool was closed for a three week period for a needed electrical inspection.

In the spring of 2016, I volunteered and taught more than 15 6th grade boys how to swim and play water polo. We had three times as many kids and as many practices with the optional, spring water polo as the Obama Middle School Swim Team did with its official winter season. These same kids are still excited as 7th graders. Our reach with water polo this year has grown to include kids in all the middle-school grades.

I think they deserve a funded and supported high school water polo team to look forward too.

We have a swim pool. We don’t have a golf course.

We have the demand for water polo. Golf has gone down the drain at Obama.

Water polo will keep our kids engaged, fit and excited about swimming. Water polo will help the swim teams and get many kids to learn to swim and one-day become lifeguards.

A modest budget is necessary to cover costs for uniforms, officials, travel, equipment and a coach. But we’re cutting golf expenses.

Build Upon Our Success in the Pool Obama swimmer at the top of the podium, again, at the WPIAL Championships. Plus, he set a WPIAL record, the first ever from a PPS student.

Truth be told, Pittsburgh Public Schools does not really need to eliminate golf opportunities. The solution I’m proposing does not pit one sport against another. Looking deeper, let’s make this a win-win with some level-headed reforms.

The easiest understanding is an awareness that kids and families vote with their feet. If a student wants to play golf, that student can enroll in Allderdice High School. Families depart the city school all the time due to the disparity of the athletic opportunities presented at city school when contrasted to most of the suburban schools. Allerdice is closer to the Bob O’Connor Golf Course in Schenley Park and that school has a much better tradition of golf than all the other schools in the district. Still, there is no girls golf team at Allderdice. Golf at Allderdice could use the extra players and support. Additionally, Pittsburgh Public Schools could tinker with the sports co-op agreements among Allderdice High School, Obama Academy and Sci-Tech with golf so that students from all three schools could compete in varsity golf for Allderdice. If a CAPA student who resides within the Allderdice feeder pattern wants to play golf at Allderdice, he or she can join the team. Same with a home-schooled student. Students who go to Obama could join the Allderdice golf squad too if the co-op is formed and the letters are sent to the PIAA (Pennsylvania Interscholastic Athletic Assocation) office.

Likewise let’s leverage the co-op agreements in Water Polo as is suggested for Golf. The USO football team in Pittsburgh Public Schools includes students from U-Prep, Sci-Tech and Obama. A similar deal can happen with golf and water polo too, if creative thinking can prevail. Zack O, departed Sci-Tech after 9th and 10th grade to attend Allderdice. Zack worked as a lifeguard for Swim & Water Polo Camp in the summer of 2015.

Obama’s water polo team could be extended to support students from:

When we went to Ohio on past occasions, we called ourselves, Pittsburgh Combined.

Then we’ve got a best of all world’s situation, more kids with better opportunities.

Thanks for the governmental oversight.

Thanks for listening and the consideration. I look forward to hearing from you soon. My cell: 412-298-3432. Goal, or no goal?

Hear Mark’s 3-minute presentation to the PPS Board:

Printed materials provided at the public hearing on October 17, 2016.

Tip: Use browser’s back button to return to this page.