Propaganda and unofficial news for fellow swim coaches in the WPIAL 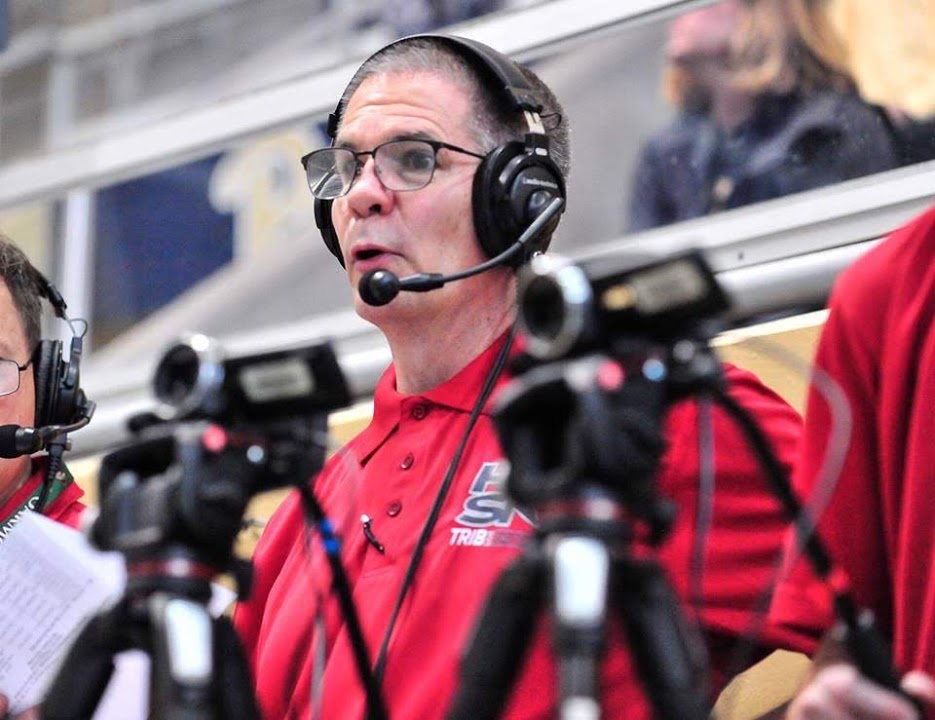 One of the WPIAL Swim Championships broadcasters, Mark Rauterkus 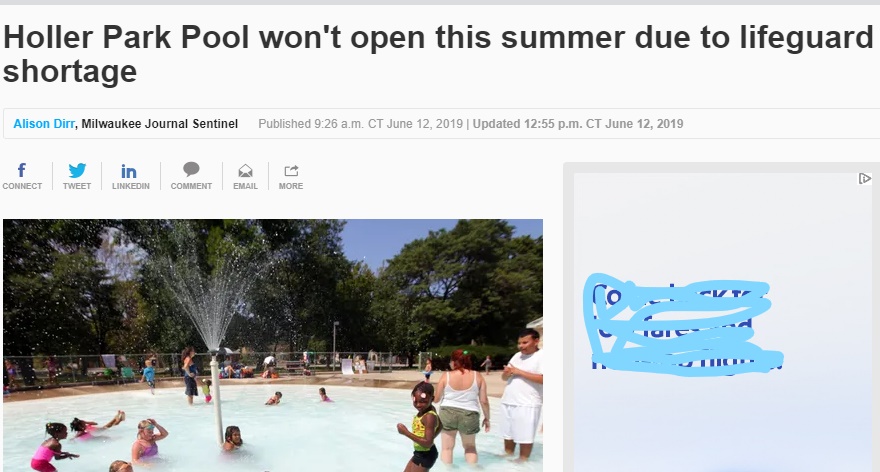 Don't plan a dip at Holler Park Pool this summer in Milwaukee, Wisconsin. It won't be open.

With only 131 lifeguards recruited and certified for 2019 — less than half the ideal 300 lifeguards and 45 short of last year's force — the decision was made to not open the pool this year.

"There's not enough lifeguards to staff all of the pools, so ... the only way that schedule works is if one pool was closed," Milwaukee County Parks spokesman Ian Everett said.

Holler Park Pool, 5151 S. Sixth St., was chosen based on last year's attendance numbers and its proximity to other aquatic facilities, Everett said.

The lack of lifeguards has also meant reducing hours at indoor and outdoor pools. That includes closing each pool one day each week.

Lifeguard recruitment has been trending downward for years nationally, he said.

And it's not like hopeful lifeguards-to-be can just walk onto the job.

"We get a lot of people that are interested in being a lifeguard but they are unable to pass the test requirements," he said of the physical test.

For those who pass, there's training that follows. That training, however, is finished so anyone who is interested now is too late.

The department was trying to recruit for six months, he said.

There are residents who are upset about the pool closure, as predicted, he said. But, Everett added, with only 131 lifeguards there isn't going to be a scenario where everyone would be happy.

He called on the community to help recruit lifeguards and interest teens in the positions.

The department will also need to look at what else it can do to recruit.

"It's been a trend for a few years, so we're trying to figure out a way to reverse that," he said.

But, Everett said, there are also 47 other facilities open, so there will be many ways for people to stay cool this summer. Additional information about hours, entry fees, maps and schedules is available at mkeswim.com.

Splash pads and wading pools are free and open every day until mid-August. 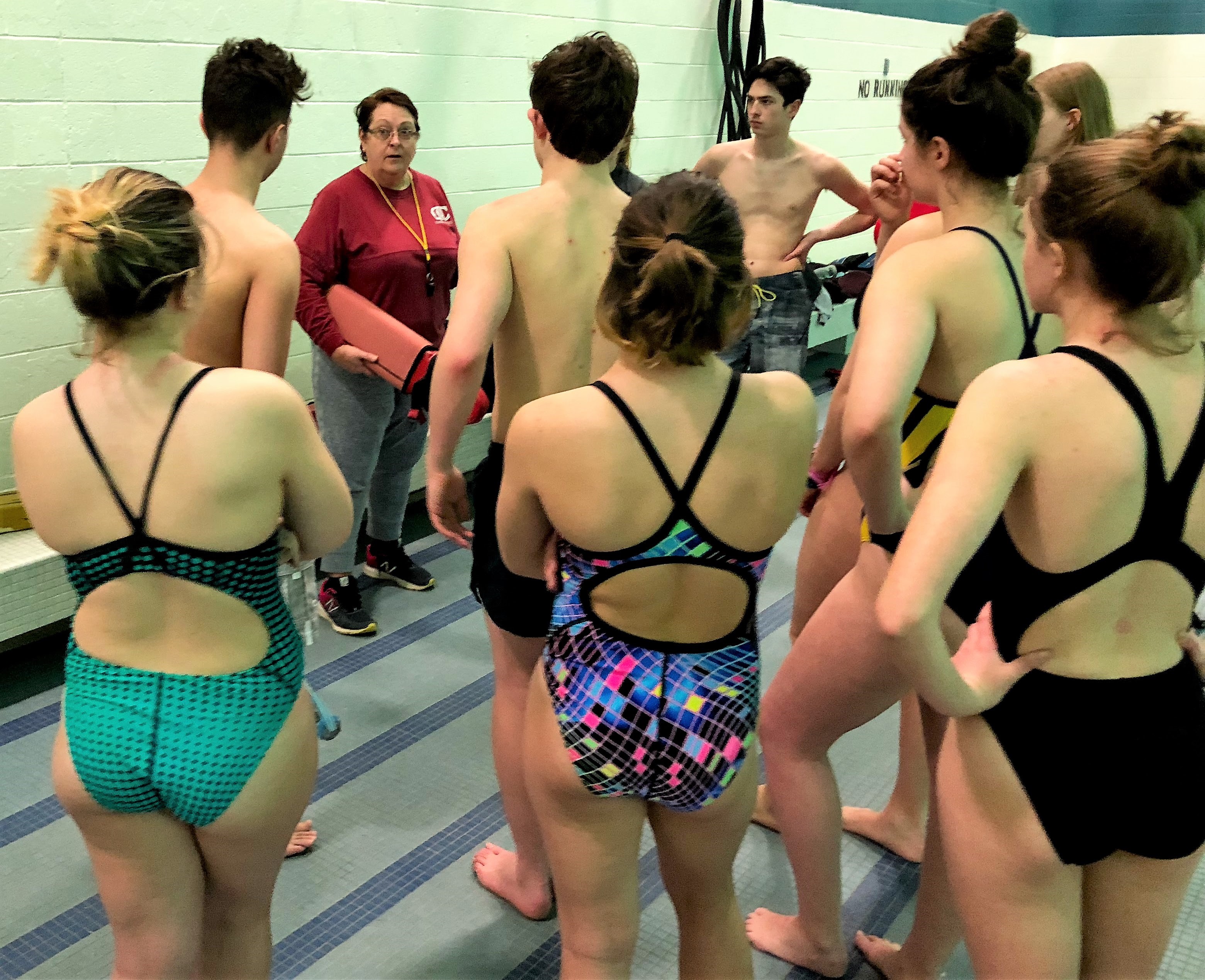 Get over to the other site, Guard.CLOH.org for more insights. 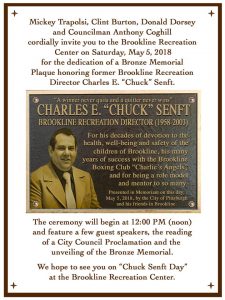 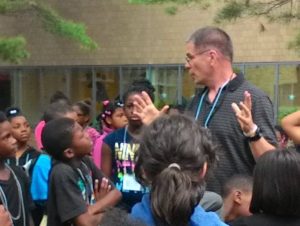 Expecting both team meetings and circle time in our Swim & Water Polo Camp in 2018. Ideas welcome.

With Summer Dreamers in 2018, #SDA18, our regular, daily, Swim & Water Polo Team Meeting is going to include some circle time. This new program wrinkle comes on the wake of a school district push to Restorative Justice. 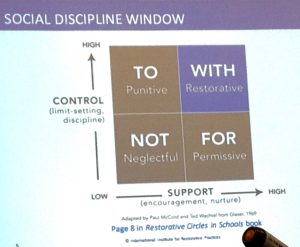 A few years ago, a friend, Richard King, PhD, helped to launch and lead a practice with circles with the students in a program he championed, Mindful Gardening. He is not leading any SDA activities in 2018., sadly.

Wishing for sanity and dialog in recent seasons

In 2017 as well as in the early part of 2018, I would have welcomed the on going use of restorative practices within PPS programs. The kids were fine. I needed the circles among a few of the adults who were going in different directions. 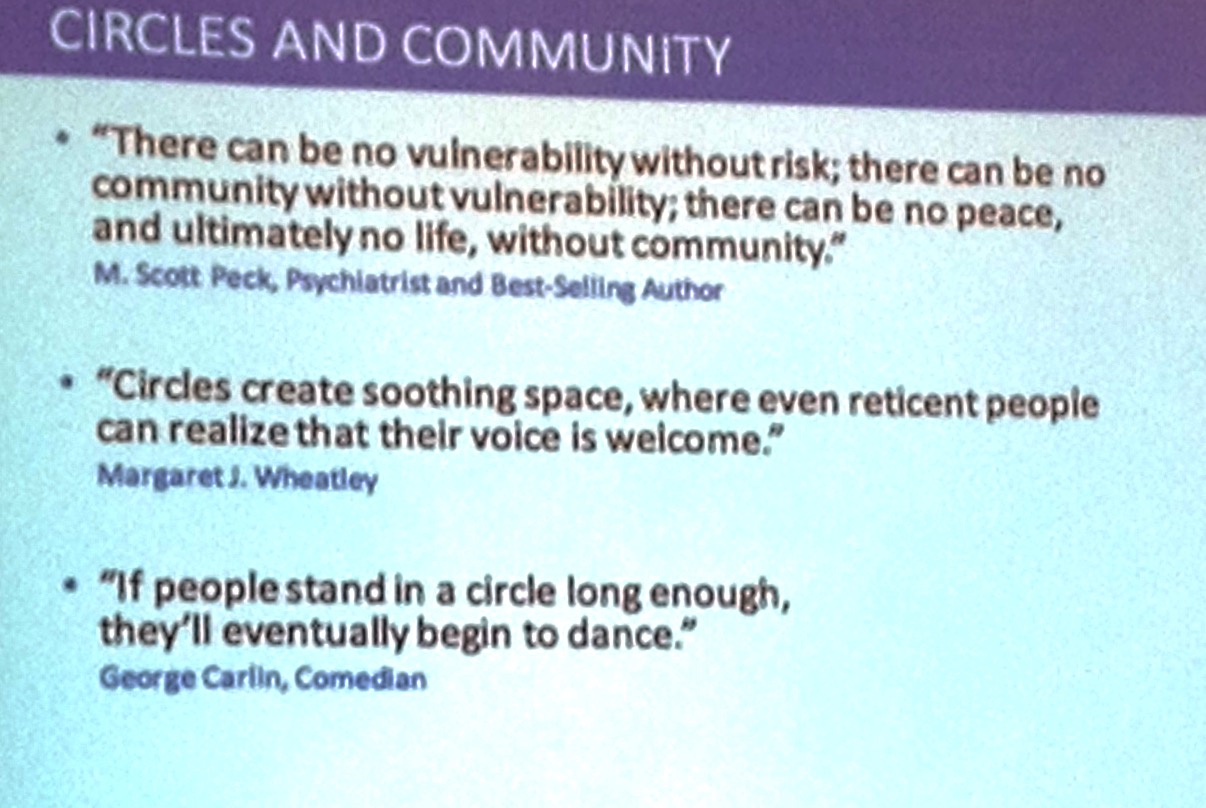 This offers a dramatic mind shift for some at PPS. With us at the swim pool, not so much. Sure, it is a new wrinkle. New touchstones are going to be needed. But we have always had an approach that gives students a voice, some choices, and builds upon respect.

Ideas and tools to implement the new circle time at Swim & Water Polo are welcome. We hope to document the process and offer more examples. 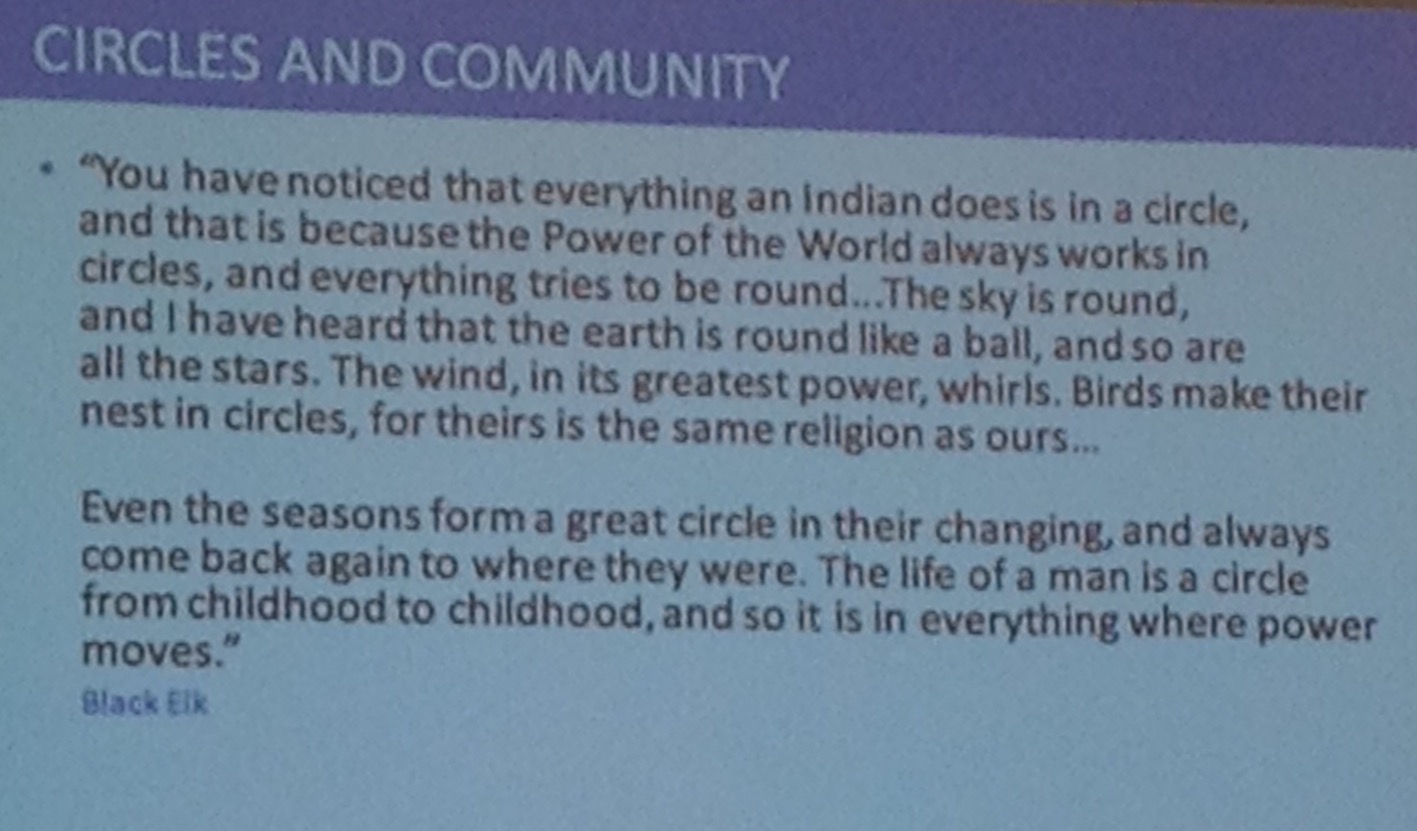 Both work sites and young people need to step up now.

You can always call the Eastside Neighborhood Employment Center, as part of the Bloomfield-Garfield Corporation too. Main site, Jobs4Summer.org.

Those who do not qualify for the Learn & Earn can apply for work with our Swim & Water Polo efforts at a google form.

Public statement, not delivered, to the PPS Board & Administration, except with email and this posting Sadly, my name was not on the list to speak at public comment of 2/19/2018. I had called, but I didn’t answer that follow-up / return call, as that is part of the normal process. Oh well. Here is what I wanted to share. Citizens give public comment to board and administrators at Pittsburgh Public Schools.

I’m Mark Rauterkus, I reside on the South Side. My children are PPS graduates. My father is a PPS retired teacher, and we remember the long teachers strike in the 70s. Presently, I am the longest-serving varsity swim coach for PPS. Earlier this month I loved seeing a social media mention from Superintendent Hamlet about a swimmer, Noah Jamison. He is a junior on the boys team at Obama where I am the coach. He swam to the #1 ranking in the Class AA in all of the WPIAL in the 500 free. That in-season ranking slipped to second two weeks later. But more alarming was disappearance of the social media mention. Humm. I don’t want to disappear. I don’t wish to go away. You’re stuck with me, one way or another.

At the first of the year I entered a new role, I’m the first executive director for a national nonprofit, SKWIM USA dot org. This opportunity can bring our city kids new resources.

The other day, (9/16/18), I had a wonderful meeting with David May Stein and LouAnn Ross concerning my hopes of expanding AQUATICS within PPS Community Schools.

I’d love it if the board and administrators would check out a few concept maps of sports and my vision of aquatics. I presented these as an invited speaker at a Rotary Club meeting (2/19/18) and to the Pacific Swim Coaches Clinic in Napa, California, (1/5/19). (See end of this post.)

I was excited to read an update that COACHING is part of the bargaining discussions among the PFT and the district. I’m an outsider and do not have a clear understanding as to what was discussed and pitched, nor agreed to. Things might be fluid and pending. Plus, I couldn’t ascertain any details in the released blurb. But, I do know a few things about coaching in PPS.

What about playoff pay?

Really needs are for nimble staffing adjustments. When new sports emerge and students show interest, such as with water polo, and we’re told, “we can’t do that because it is not in the teachers contract.” Ugh. That’s not such a “great thing.”

When Dr. John Thompson was the PPS superintendent, he told concerned citizens that in the next PFT contract, PPS sports coaches would be removed from the scope of the PFT contract. That was about 16 years ago. It didn’t happened. Serious discussions about PPS sports and its coaching are not new.

As we look to use the pools for inspiring programs, it is nearly impossible to be a PPS teacher while coaching and operating high-quality programs in:

Of course, swim coaches leading school teams have plenty of influence with student-athletes. The school-team coaches should sustain their coaching with year-long roles within aquatics for the sake of the developing athletes.

As we “expect great things” with aquatics, school-based programs need to be part of a network and coordinated with community opportunities. With our population base, we need more planning and more integration to become highly competitive.

Consider the upcoming swim championship schedule. The WPIAL meet occurs on two days, a Thursday and Friday. The trip to the Pennsylvania State Swim Meet (PIAA) absorbs three days with a midnight return from Lewisburg. This year I hope to go to these meets for the 9th consecutive year. Often, I am the only one representing PPS at these high-level meets.

Since I am not a PPS teacher, when I coach at these meets, substitutes are not needed for my replacement. I am a coach, not a teacher. I am free to support our swimmers at the various times, without conflicts of other teaching duties. Meanwhile, others who are PPS teachers (and PPS aids) need to be removed from their day-time students to coach a small number of elite swimmers.

The PFT contract dictates swim coaching roles, and I am not a PFT member. Outside coaches don’t have a seat at the table. Often the outside coaches are not even considered PPS EMPLOYEES. Go figure.

Remove all swim coaches from the scope of the PFT contract. Better to remove all athletic coaching positions from the PFT contract – as that has been done in many other districts. Then we can get to the serious work of expecting great things with AQUATICS.

Board members, thanks for listening. The next steps await. Doctor Hamlet, I hope to forward you tweets from the podium again so you can continue to showcase our PPS swimmers and coaches. Everyone needs to know how to swim! And we need more lifeguards too!