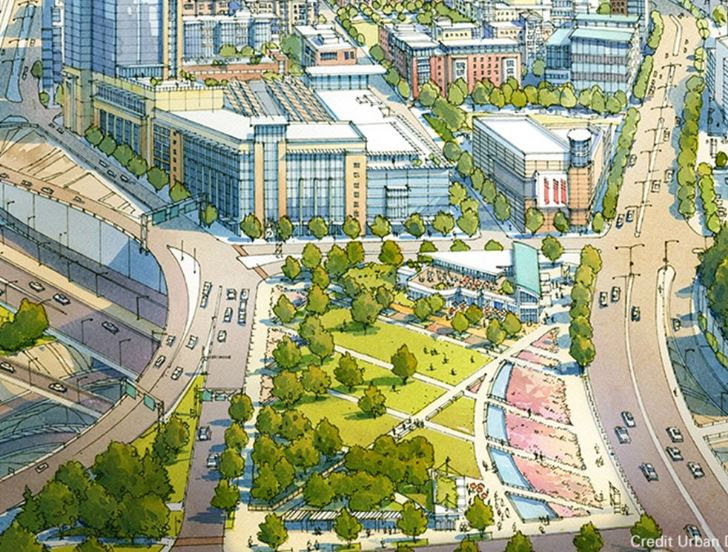 After the Penguins win the Stanley Cup three more times.

Park over the highway.