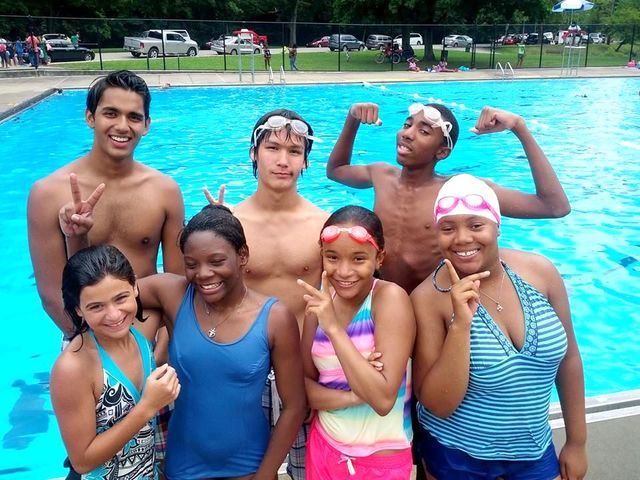 In the City, many of the leading athletes do many different sports and play various roles in the community.

Rohan, back left in the photo, played on the Obama Academy boys varsity volleyball team and competed in a final four match for Class AA PIAA semi-finals at Slippery Rock High School on June 2.

The boys varsity squad with Coach Pete Vitti won its WPIAL Section in the spring of 2015. That Section Win in the WPIAL was only the second time in city sports history that a “city league team” won a WPIAL section title. The boys varsity swim team at Obama Academy won the WPIAL section three years ago, also its FIRST YEAR in the WPIAL. So, first the swimmers and then the volleyball team enter the WPIAL and vault to first place in the maiden seasons.

With more year-round opportunities, more conditioning, challenges and overall support for the mass of the diverse kids and a diverse suite of programs to match — things look brighter.

A couple of the guys playing volleyball worked with the Bloomfield-Garfield Corporation at Pittsburgh Public Schools’ Summer Dreamers in Swim & Water Polo Camp. That’s synergy. Get the talent developed and supported. Then have those youngsters lead the wee ones in more fun in the weeks, months and summers to come.

A win today and the team plays for the state championships. Regardless of the outcome today, the city athletes who show up, are devoted to fitness and high-performance programs, and are responsible role-models are winners in everyone’s book. These teens are an inspiration for other, younger super-stars to come.

Swimmers in Pittsburgh: We’ve got some weekend fun on May 12, May 19 and June 2

Back To School Event — #WeArePPS — District visits Langley on 8/21