The team was around for 22 years and was a part of the Pioneer Football Conference.

The treatment of its existing staff and scholarship student-athletes seems to be good. Bravo to that. 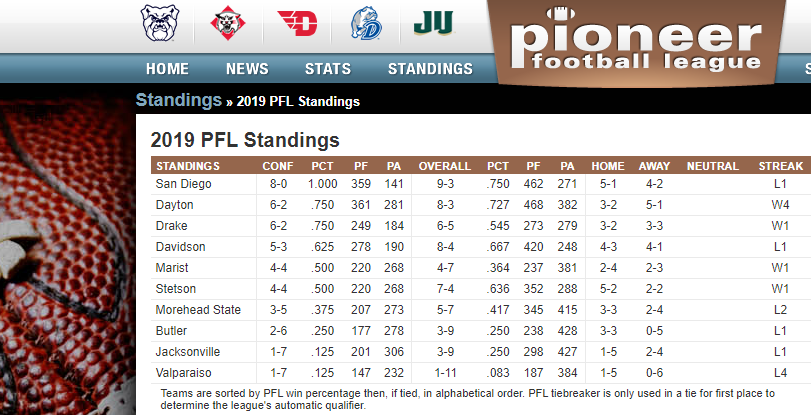 Jacksonville University announced Tuesday that it will no longer have a football program.

The private university in Jacksonville, Fla. is immediately disbanding the program after a 22-year run, citing a desire to invest elsewhere.

"As a University, we are investing and innovating to match our offerings to the 21st century marketplace and to support the diverse demands and interests of our students," Jacksonville University President Tim Cost said in Tuesday’s press release. "This investment profile requires careful analysis, realistic planning and – occasionally – difficult decisions to help drive us forward to excellence."

The decision was announced 10 days after Jacksonville wrapped up a 3-9 season with a 47-28 home loss to San Diego. The Dolphins also went 2-8 in 2018, the lowest win total in program history and their first losing season since going 5-6 in 2013.

"This was a difficult decision," Athletic Director Alex Ricker-Gilbert said. "Our student-athletes and coaches in the football program are talented, tenacious and hard working. We respect them immensely. Reinvesting these resources into our other Division I programs better positions us to enhance the experience for all 450 student-athletes.

“All options were on the table through this process and we made a commitment to hold off on any premature conclusions until we had a complete picture. Ultimately, one option stood out as the best path forward for Jacksonville Athletics as a whole. When you consider all that we commit to coaching, recruiting, advising, facilities, conditioning, nutrition, and academic counseling, it's clear the resources required to support our football program outweigh the benefits to the overall Athletics Department and the University."

The Jacksonville football team compiled a 118-115 record in 22 years. The Dolphins began as a Division I-AA Independent in 1998 before joining the Pioneer Football League – a Division I FCS conference – in 2001.

ESPN writer Adam Rittenberg reported that 13 Jacksonville players had entered the transfer portal as of Tuesday morning. University officials expressed their commitment to the players and coaches, offering full tuition scholarships until graduation for every player who chooses to stay at Jacksonville University. The school is also honoring the employment agreements for all football coaches, including head coach Ian Shields, while offering to assist in job searches.

"Our commitment to each football player and coach will continue beyond today." said Ricker-Gilbert. "We understand some of these student-athletes will look for opportunities to play football at other schools, and we respect that decision. If our students choose to stay here – and we hope many of them do – they will receive full tuition scholarships."

Propaganda and unofficial news for fellow swim coaches in the WPIAL

More education leads to more fitness for those 25 and older