A toolbox for understanding emotions and the creation of wealth

On a cursory level, this CD-ROM isn't very impressive. It's in black and white, with no sound or glitzy presentation tricks. The balloon style dialogues and the fidgety pseudo animations drive some people mad and the navigation controls leave a lot to be desired. A few careless spelling mistakes and grammatical errors show how unprofessionally the whole thing has been put together (even though it took four years to complete). If you have strong religious convictions you may even be offended by the contents.

However, if you like exercising your mind, you might find it very entertaining; after all, it did win a major award, has received many rave reviews and in some areas even has a cult following.

The main attraction is the way in which it introduces and explains abstract concepts in an understandable way. If you liked the style of Lingo Sorcery you will certainly appreciate the way in which complex conceptual frameworks are explained here.

The general idea is that each of 204 scenes presents the reader with a new concept. These 204 concepts progressively add together to build a complete conceptual framework to provide a new way of looking at life. It analyses life in terms of probability and game theory and describes the genetic and biological elements in terms of computer programming concepts.

Although covering fairly sophisticated ideas and theory the style is light hearted, even humorous at times, with no arcane language or mathematics. Difficult concepts are explained using drawings and games.

These are some of the main conceptual areas covered:

a) Understanding the patterns which emerge in probability theory by playing various games of chance.

b) Seeing money creation strategies in terms of trying to increase efficiency by competing for and arranging acts of cooperation.

d) Putting a strategy for creating wealth into a games theory context.

e) Understanding the concept of risk taking and working out how to take calculated risks.

f) Learning the essential corner stones of finance and the theory of money.

h) Comparing optimum strategies for creating wealth with the rules of major religions.

j) Seeing the cell as a biological computer.

n) Using genetic algorithms to demonstrate how patterns of emotion and behavior can evolve to form a control system.

o) Speculations on the evolution of intelligent machines

It is a lot to go through - it takes about 14 hours to read - but it is not as heavy as it looks. It builds up like a detective story, allowing you to compare your own developing thoughts with those of two guides who discuss with each other the implications of the succession of new ideas and concepts as they are presented.

The fun is in seeing if this exercise of the mind can make any significant difference to the way you look at life and also to your conception of computer programming.

Lingo Sorcery - The magic of lists, objects and intelligent agents

From the publicity blurb:

You'll discover a new twist to Lingo programming when you move beyond the deceptively simple syntax of the manuals and delve into the world of object oriented programming. It is a world which has to be discovered, not learned.

For Web applications it may give you an important programming edge because it shows you how to work outside of the Director metaphors.

The book shows you how to make full use of the versatile list structures of Lingo. The book will teach you to think in objects. It'll show you how to work with a different mind set to use objects and lists to deliver information and entertainment with real style and originality.

Above all, it will provide your imagination with a powerful new vehicle for producing truly creative multimedia."

Chapter 6 - The basis of complex objects

Chapter 7 - The mechanics of linear lists

Chapter 8 - The mechanics of property lists

Chapter 15 - Making a paint box with a memory

Chapter 17 - The magic of MIAW objects

The following three chapters were meant to be included in the "Lingo Sorcery" book but exceeded the publisher's brief and were pulled at the editing stage. These will now be included in a modified form in the new Avatar book and, where applicable, demonstrated as working examples in biotelemorphic cells.

Abstract object-oriented thinking - polymorphing with paradigms - Fantasy and illusion with OOPS, the Internet and the World Wide Web - Bots, COISes and Intranets - Design of a bot - A bot party - Design of a personal intelligence network 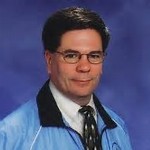