Article in the Northside Chronicle 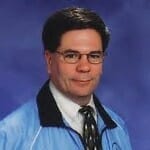